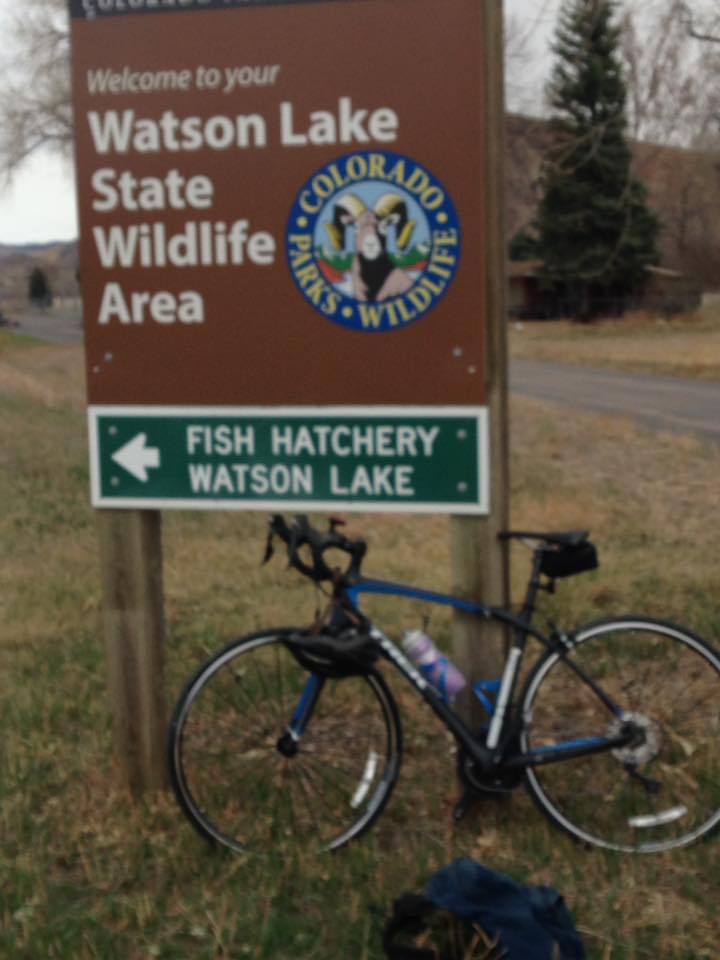 There are few statements that will bring conversations to a halt in a bike shop.  One of those is “I’d like you to exchange my racing clip-ins with flat pedals, please.”

I guess it has something to do with my realizing that I am no longer invincible.

That feeling wavered as I hiked the last quarter mile of the 24-mile trip across the Grand Canyon.  It’s as if I only then had realized I had aged since my husband and I had discussed our dream in 1981.  I was 23 at the time.

In the last few years, my sense of invincibility has begun to crumble and blow away, pieces of it skittering around the ground like debris being caught in a whirlwind.

Unlike a virgin, who knows exactly when they lost their virginity, I have no idea when I lost my invincibility.  Perhaps it was when my husband was diagnosed with cancer; perhaps it was when I was.  Perhaps it’s when our year-old grandson died of unexplained liver failure. Perhaps it really occurred before or after those events.  I’m not sure.  There’s just this wavering line that kinda defines ‘before’ and ‘after.’

I did fall over.  On my first ride out to Watson Lake.  I’d forgotten to twist my right heel to release the cleat from the clips.  I’d rolled to a stop at the entrance sign, so proud of myself for making it all of 15 miles.  I applied my left brake (“Don’t use your right brake because you’ll flip over the handlebars,” the guy who fit my bike said.  “Then you’ll really get hurt.”), and went to put down my right foot, but it was stuck.  I felt the bike tip, and struggled even harder to get my foot loose.  And that’s when time really slowed down because I remember the panic as knowledge, in the form of adrenaline, flowed through my veins, my muscles, filling me with the realization that the ground was rushing up to meet me and there was no way to stop it. This was not a spin bike; it did not have a wide base, it was not solid; it weighed 12 pounds.  Luckily, I was wearing a helmet.  When I landed, both feet were still clipped in.

“Are you ok?” asked a man in an older, white pickup truck, while an Audi sped by between him and me.

I waved and said yes, I was.  And then I lay there, wondering how I was going to gracefully untangle myself from the carbon and metal framework.  Embarrassed, I could feel his gaze on me.  I unclipped my feet and tried to push the frame away, realizing at once that there really is no graceful way to get up from a fall.

“Oh, honey, let me help you up,” he said.  I watched with an apologetic smile as he got out of his truck.  His long, silver hair was tied gently into a ponytail, and he had his work clothes on: blue jeans and a short sleeve shirt, which revealed he had only one arm.

The doctor called when I was in my grandson’s hospital room, the day before Thanksgiving.  It was moving into evening and I stood over his crib and talked to him, in silly, doting tones.  My phone vibrated; illuminating  my doctor’s phone number.  I answered, thinking this was routine; the biopsy would be fine, just like a friend had said it would be (I’ve had five biopsies, she said, and all of them were fine.  You’ll be fine).  It was seven o’clock in the evening, and my doctor’s voice was saying, “I didn’t know if you wanted the news now, or if you wanted it on Friday, but just went with the idea that if it was me, I’d want the news as soon as possible.”  She paused. “Your biopsy came back.”  I stopped breathing.  “You have Stage 2 breast cancer.  Come see me on Friday and we’ll talk about the game plan.”

The tears coursed as soon as I hung up and sank to the couch/bed.  My husband sat on one side of me, my daughter-in-law on the other; she rubbed my back while Riley played quietly in his hospital crib, tubes coming out of his small body, draining fluids out, allowing fluids in.

What more could go wrong?

Riley would die on December 13, and I would be diagnosed with Stage 2 uterine cancer on the day before New Year.  While feeling numb, that doctor apologized for his ruining the holiday with that news.

“My God!” my mother-in-law said, in a phone call the next day. “What more could go wrong?”

“We don’t ask that anymore,” I answered.

Six weeks later, I would tearfully tell the cancer counselor, “I feel so fragile.”

I have no idea whether this part is real or not, but when I picture the man who offered his help, I conjure an image of Sam Elliott, and it is his voice I hear, flowing smooth, like good Scotch whiskey.  Thinking back, I try to put myself in his shoes as he stepped out of the cab and walked toward me.  What did he see?  What did I look like to him? Obviously, not young and vibrant.  But perhaps he saw a middle-aged (older?), out of shape woman, whose silver hair poked wildly from beneath the helmet, looking dazed and embarrassed.  God, I hope I haven’t broken something!

After several moments I was able to extricate myself from my machine, enough to allow him to grasp my forearm, and I his, and he pulled me easily to my feet.

He might have had one arm, but that arm was really strong.

I was not.  It took weeks for my bruises, which turned from blue to black and fading to green, to finally disappear.

After a lumpectomy in early January, and a radical hysterectomy two weeks later, I began chemo at the end of February.  Chemo wasn’t horrible, except for a few days, which stretched into a few more days after every three-week treatment.  My fourth treatment was the worse.  At least that’s how my body remembered it, pushing my blood pressure from 100 over 60 to 180 over 140.  And my body’s reaction foretold the future.  After that final treatment, I felt awful for two weeks, instead of the three days after my first treatment   I didn’t regain my taste for another four weeks; it had taken about five days at the beginning.  It would take me nearly three years to regain my energy and strength.

And then there were the daily radiation treatments four weeks after my final chemo treatment.  My husband said I was probably the only person to ride her bicycle to radiation.  I wasn’t going to give in to awfulness.

The second time I fell was a couple weeks after the Watson Lake ride, when I’d forgotten how light my bike actually was.  When I’d turned the wheel, my bike TURNED immediately, and I could feel my weight shift, and again, couldn’t get my feet out of the clips.  This fall wasn’t in slow motion, like the last one.  This one, however, was more dangerous.  I barely missed hitting my head against the concrete bench.  I lay there, tired, but not embarrassed as another bike rider, an older man, probably in his 60s, rode by, calling out, “Are you ok?”  I nodded.  He kept riding.  In fact, he hadn’t really even slowed down.

Perhaps I wasn’t invincible so much as invisible.  The grey hair peeking from beneath my helmet did nothing to attract even scant pity.

Two friends were diagnosed with cancer at the same time I was.  One had developed a particularly fast growing ovarian cancer, and wasn’t able to find the right treatment in time to save her; her name still shows up on my Facebook account and I send a prayer out to the universe.  The other, with breast cancer, found treatment, which consisted of a double mastectomy, six weeks of chemo, radiation and a lot of tears.  A year ago, I posted this message on her wall:  “…it is so wonderful watching you in the ‘afters’, after treatment, after surgeries, after your hair starts growing in. I love your hair. I love your smile. As my life has calmed down, I sometimes forget the glorious feeling of the ‘afters’, the magic of becoming ‘me’ but stronger. Thank you for the great reminders.”

Now, a year later, my joyful ‘afters’ come and go.  I realize they are vaporous and ethereal.

There are still days when I still feel fragile.

Then there was the last fall.  My tire was low; I hit an uneven slab of concrete and pow! I got a compression flat. Thunk-thunk-thunk-thunk.   I was too busy thinking if I didn’t stop my bike quickly, I would ruin the rim, and I didn’t want to buy another rim for a bike I’d been riding for only two months.  But, in order to avoid a new rim, I had stop quickly, and in such a way as to not fly over the handlebars, because then I’d be really hurt.  But I didn’t think about unclipping.

It’s as if there was one too many items on the to-do list.

Two days later I got an x-ray of my wrist.  “There doesn’t seem to be a break,” the doctor said, “but that bone on the outer part of your wrist is known to develop hairline fractures.”   He gave me soft cast of fabric and plastic, saying, “So let’s treat it as a bad sprain; come back in ten days and let’s recheck.”

With my wrist wrapped, I took my bike to the store from which I purchased it and asked for flat pedals.  The guy behind the counter, the one with the muscular arms and calves and carefree face, assured me I would get used to the racing pedals.  “You just have to ride some more.”

With forced cheerfulness, and a tad of annoyance of my timidity to ride in a way that looks like I’m a real rider and not some poseur, he handed me the pedals.

I haven’t tried them yet.  They’re on the bike and the bike is sitting in my office.  My wrist is still in the soft cast and I feel fragile.

But I’m starting to wonder if there is a certain invincibility to who I am.