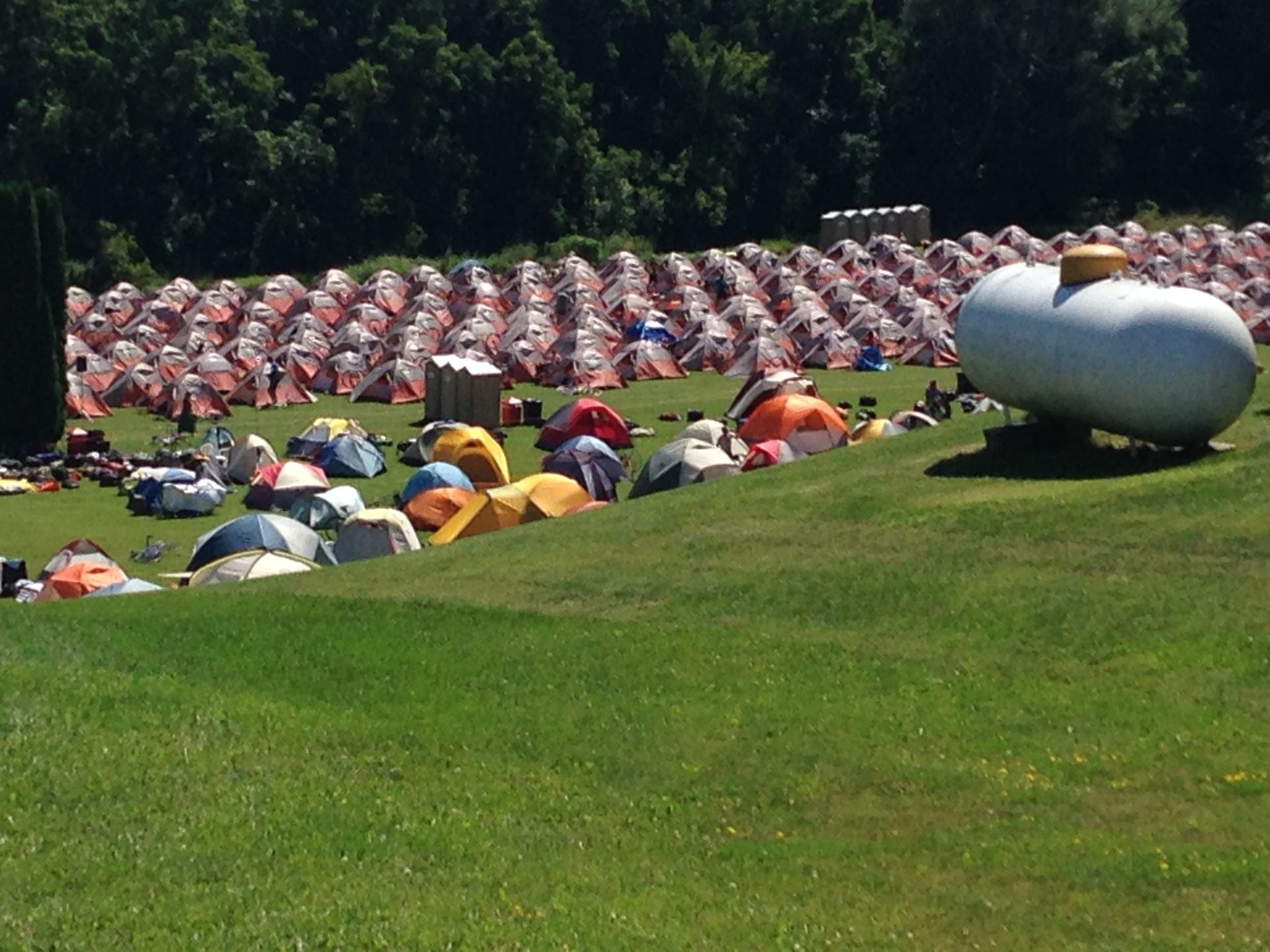 The steep but required learning curve of RAGBRAI

I kind of let the story of RAGBRAI (The Register’s Annual Great Bike Ride Across Iowa) drift off into the ethereal.  I guess I didn’t really want to discuss how it ended.  But here it is:  I lasted three of the seven days on the ride that would cover 430 miles across northern Iowa.

It was on the third day that I began to wonder what the hell I, a fifty-eight-year-old woman, had been thinking.  That particular day consisted of 68 windy miles–with only 6 of them at my back, 90-degree heat, God knows the humidity, and the long, gentle yet unending, up-hills that lasted, at times, at least 7 miles.  At the end of the day, exhausted and unraveled, I knew I had lost my mind.

Now, to be honest, my friend and riding partner suggested early in the planning stage that we needn’t RIDE EVERY DAY.  We could pick and choose, she’d said gently.  We could ride a few days and call it good, or we could ride the SAG (Support and Gear) Wagon (bus) every other day.  There were endless options.  But I took none of those.  This was a trial by fire.  I refused to think of myself as not only getting older, but  that the cancer I’d experienced three years before may have left left a lasting imprint on my body, or my soul.  No, I was going to do the Full Monty.

As I limped into camp after the third day of riding, my mind refused to work.  I had no idea where the hotel was that my friend had booked for the night, I had no idea where the bus would be parked, the one that would take me to that hotel.  And the trailer, where I could sign up for the SAG Wagon, had closed just 15 minutes before and it would reopen about the time I would board the bus.  And I DID NOT want to ride the next day.  I couldn’t.  I slid into the quagmire of the challenges, and felt myself starting to come apart at the seams.  In front of the Pork Belly Ventures Charter owner, Tammy.  I couldn’t stop the torrent of tears, spurred by exhaustion, the type that had an eerie reminder of the exhaustion I’d felt during chemo.  She hugged me, and said with such a comforting Mom Voice, “I have been where you are so many times.  Tell me what you need, and I can make it happen.”  I gave her my list.  She was true to her word.

What can I say?  I’m one of these people that just have to do an emotional data-dump in order to clear my head, and then I can put together all kinds of plans.

Riding the SAG wagon helped, but the migraine, brought on by the intensity of the ride, and the sun, lasted three days and took me entirely out of the ride.  Over the course of these remaining days people would ask, “So, how many times have you done RAGBRAI?” to which I answered, “This is my one and only.”   Some encouraged me to give it another go, some just nodded with a knowing smile, and some simply shook their head and walked away.  I was okay with each of their reactions.

The thing is we bring our own reasons to this event, which gives each of us a unique experience. And what I learned is an acceptance of the fact that I was aging and that’d I’d had cancer, and that in spite of those two things, I rode 200 miles and put 800 miles on my bike getting ready for the ride.

I’m good with that.