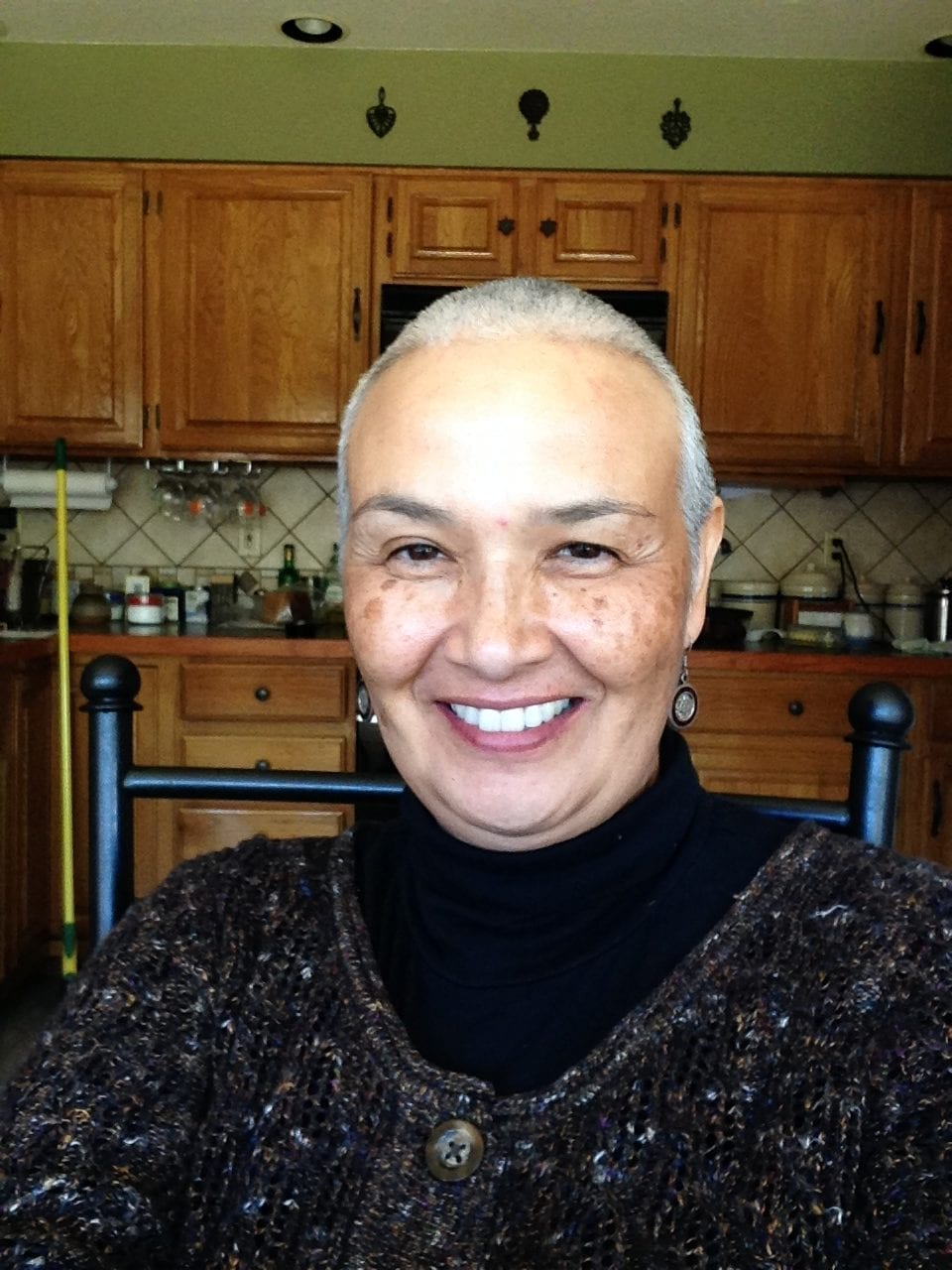 I was supposed to ride RAGBRAI 2013.  I’d made plans with a friend, who lived in Montana.  I cheered her on as she told me about her rides, on mountain passes, along 50-mile paved bike paths, anywhere she could go.  I was in awe.  I don’t really know when I thought I was going to begin training.  The problem was, I never did begin.  It was with a sense of intense shame that a month before the ride, I told her I had to bail.  I was not ready and I wasn’t going to be able to get ready in time.  I followed her experiences on Facebook, I looked for her messages and I was SO proud of the fact that she did all 450-some miles of that journey.  And she still smiled afterward.  So, I guess, long story short, one of the reasons I’m riding RAGBRAI is to make up for that gaff of non-committal.

There’s another reason as well.  In November of 2013, I’d gone in for a routine mammogram.  A couple days later a woman from the imaging center called and requested I return in three days; the film wasn’t as clear as they’d like it to be.  Absolutely common, she assured me.   Three days later, a technician pushed and pulled and squished as she sought a clearer picture.  But this time, instead of letting me leave the facility, a nurse escorted me to a small waiting room while the radiologist looked at the film.  Fifteen minutes later another nurse escorted me to a different area in the labrynth of hallways,a warm, darkened room, while the female radiologist informed me that they’d found a lump.   She was gentle, her voice and caring like cotton, but gentle and caring were lost on me.  She told me she would numb places on my right breast, that would allow her to do the needle biopsy and place the narrow sliver of metal that would mark where the lump was, showing up clearly in the x-rays. I heard her, but I was numb, wondering what exactly she would find.   The day before Thanksgiving the results came back: breast cancer.

It was my family physician who called me with the news, asking me if it was a good time to talk. I told her yes.  But really, it wasn’t .  I was standing next to my grandson’s crib at Children’s Hospital Denver, beginning to lose hope that this beautiful one-year old baby would ever receive a healthy liver in time.  As I stared at him, my doctor told she’d debated whether to call me before  or after Thanksgiving, but felt that if it were her, she’d want to know sooner rather than later.  I nodded.  She gave me the news and my legs buckled.  I spoke without thinking, asking questions I wouldn’t remember later.  At one point she remarked how calm I was.  I agreed.  When I hung up I sat down on the makeshift bed that my son and his wife slept on, and started crying.  When I told my mother-in-law, she said, my God, what more can happen??  Riley died on December 13 and on December 31, New Years’ Eve, I was told, by a gynecologist that I had uterine cancer.  “It’s not the same type of cancer; it’s different.”  He paused.  “I’m so sorry to give you this news, especially on this day.  “Well, there really wouldn’t be a good day to give it.  But that’s ok,” I answered, assuring him of my strength.  “It is what it is.”  What he couldn’t see is me, holding my hands up in a gesture of surrender.  I am done trying to control anything in my life.  When I told my mother-in-law said of this latest development, she said, my God, what more can happen??  I don’t ask that anymore, I told her.  I don’t even put that out to the universe. 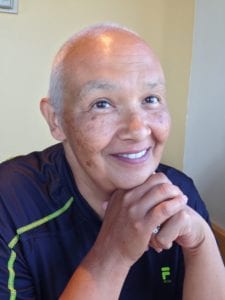 On January 9th I hit the ground running with a lumpectomy.  Two weeks later I had a radical hysterectomy.  The first week of February I cut my hair to a 1/4″.  It will be less distressing not to find hair on your pillow, the oncology nurse told me.  Except it is, even if that hair is a quarter of an inch long.  February 21st was my first chemo treatment, April 22nd my last.  Radiation, twenty minutes daily, from when I arrived to when I exited the room, began June 2nd and ended around July 31.  I want to say that the healing began at that time, but I was exhausted;  I slept a lot. My hair was just starting to come back.  I hurt, physically.   Through each of these ordeals,  I told myself to just put my head down and get through this; I pictured a donkey climbing out of the Grand Canyon, placing one foot in front of the other.   Every so often I looked up, and realized that  there was a gratefulness that surrounded me, like the aura of a new day.  I reveled in my friends, I sought comfort from my family, I told myself I was healing.

But healing wasn’t in one direction.  There were awesome days, there were low days, there were angry days, there were grateful days, there were days where I was not even sure what I was feeling, and there were days where what I was feeling didn’t really matter.  There were days when I was told that friends with cancer had passed away, and I felt a tinge of survivor’s guilt.  However, not all the after-effects were emotional.  There were physical effects as well.  My memory got foggy (chemo-brain), and I would forget names of people, of places, of things.  They were nouns that I couldn’t adequately describe, and people would give me a blank look when I tried.   Noun problems still fall through the sieve that is my memory.  My hair, straight and coarse, grew back in tight curls.  A woman I hardly knew told me I had ‘chemo curls’, but her voice sounded giddily authoritative.  I resented the playfulness of the phrase.  Eventually, I went to my stylist and asked her to cut them off.  “I want them gone.”  “Your hair will be extremely short,” she reminded me.  “I’ve been without hair for months; I can be without it again.”  By the time she was done, it was about an inch long.  But the curls were gone.  For good.

At times, in the twilight of night, I think back to the time ‘before’, and my life had been idyllic.  And seemingly overnight, it became its opposite.  But now, three years later,  I move forward.  I heal, I laugh, I remind myself that each day is a gift; there are no guarantees.  I am not yet to the space where I can trust that my ‘routine’ appointments will ever be routine again.  And that’s ok.